Follow the unique Alpine route with this Tateyama Kurobe 2 Day Tour from Tokyo. Visit the traditional villages of Shirakawago and Takayama, as well as the impressive ice walls similar to the Game of Thrones wall! 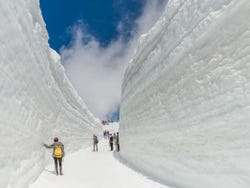 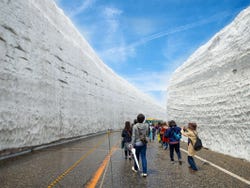 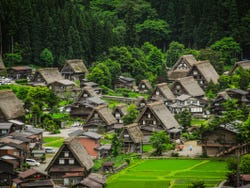 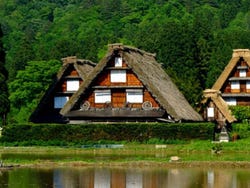 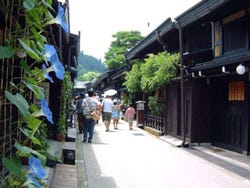 We'll meet in front of Tokyo's Cocoon Tower at 7:30 am and head towards Toyama on the west coast of Japan. We'll travel by road to the first stop, in Alps Kaido Hirayu.

After a half-hour break, we'll return to the bus to continue the journey to Takayama. Here we'll take a one-hour walk through the city, getting to know the different traditional lodgings known as ryokan, as well as the temples, wooden shrines and the old town. We'll be introduced to Japan's most ancient culture!

The next stop will be the historic village of Shirakawago, declared a UNESCO World Heritage Site in 1995. We'll take a one-hour guided tour of the village before reaching Toyama, where we'll end the day.

After breakfast at the hotel, we'll go to Tateyama station, to get on the cable car up into the Japanese mountains to Ougisawa. Here, we'll begin the Tateyama Kurobe alpine route where its imposing white walls and huge accumulations of snow will be breathtaking.

We'll walk at an altitude of 2400 meters (7900 feet)and admire the different attractions of the area, such as Kurobe Lake and the Daikanbo viewpoint. The tour will end going to Ogizawa station to head back to Tokyo arriving between 8:30 and 10 pm.

The hotel where you'll stay during the tour will be APA Hotel Toyama, which has a 3 star rating. If there is no availability, you'll be assigned a similar hotel.

* A reservation for one person will include a supplement.

All of our providers comply with local legislation and applicable health recommendations to avoid the spread of Covid-19.

You can book up until 7 days before the activity as long as there are still places. Book now to guarantee your spot.

9.90 / 10 15 reviews
The Japan Rail Pass is the easiest and cheapest way to discover Japan, with unlimited use of JR trains and even bullet trains!
US$ 295
Book
like

9.60 / 10 648 reviews
See the most important temples, most traditional neighbourhood and the modern face of Tokyo, the perfect introduction to the biggest megalopolis on the planet.
US$ 243 per group
Book