As well as the infrequent use of credit cards, and the surprising lack of other languages, here are some of the other strange points of Japanese culture.

The love of silence is taken to the extreme in places such as the metro, or on trains, where it's prohibited to speak on the phone. Rather Japanese people are more likely to play games or write messages using their phones.

One of the biggest contrasts in Tokyo is the attitude and law regards tobacco. Although in some streets and parks smoking is prohibited, there are some places, such as restaurants, where this rule does not apply. Even more surprising is that there are some smoking carriages on the bullet trains from Tokyo to Kyoto.

In Japan, there is plenty of respect for forming lines, or queuing as the British (also lovers of waiting in line) would call it. Plenty of times you'll be in the street or on the metro, and if you stop, the person behind you'll also stop, and wait for you to continue.

Although they love animals, the long working hours and tiny houses mean that many Japanese people choose not to have pets. As a solution, many head to Cafés with cats or to dog rental services. And if you're looking for the perfect end to your doggie evening, you can take your dog to one of the restaurants with a canine menu!

If you want to try one of these typically Japanese activities, you should take into account that these services will probably seem expensive to a western mind. Renting a dog in Odaiba costs ¥ 2.50 (US$ 0) per hour.

No trip to Tokyo could be complete without visiting the female beauty section in any shopping centre, where the selection is almost endless. One of the most notable trends is the use of 'eye glue' products, a distinctly Japanese invention in which women try to make their eyes wider and rounder often in a more western style, or like their favourite anime characters.

Although traditional Japanese bathrooms are simple holes in the ground, the more modern installations should come with an instruction booklet. Seats that lift up on their own, different jets to wash yourself. automatic driers, and music all now come as standard. The most modern bathrooms have card readers and even screens so you can see listen to your own music or look at photographs.

Something that outlasted the Japanese crisis in the 1990s is the high number of homeless people in the streets and parks. At night they put up their 'house' and during the day they have everything collected and covered with a sheet to avoid the rain.

On trains, in the metro, in the street or in parks, you can find vending machines that sell drinks, tobacco, or any number of other things. Japan is without a doubt the country with the most vending machines in the world! And the price is always the same, no matter the location. 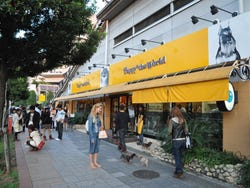 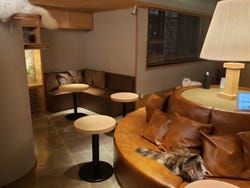 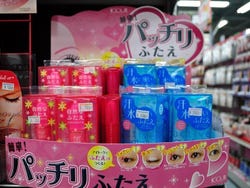 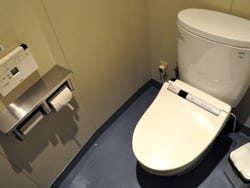 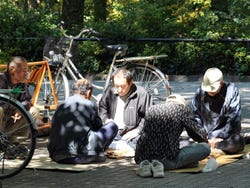