It's said that Roppongi is the intersection between Tokyo and the world, and as well as being the best place to party, it's the area the majority of expatriates in Tokyo call home.

Here you can find a mix of western restaurants such as the Hard Rock Cafe along with "typical Japanese pubs" such as Gas Panic or Motown.

Although it doesn't have the same concentration of skyscrapers as Shinjuku for example, Roppongi has three of the tallest buildings in Tokyo, the Tokyo Tower (333 m) the Mid Town Tower (284 m and the Mori Tower (238 m).

As well as touring the streets near the station crossroads, there are two spots that you should not miss.

Roppongi Hills is a building complex created in 2003 as "a city within a city". Here you'll find more than 200 shops, restaurants, cinemas, offices, hotels and even an art gallery with the best viewpoint in all Tokyo

Similar to Roppongi Hills but build four years later, Tokyo Midtown is an architectural complex composed of various towers, including offices, restaurants, a hotel and more than 100 fashion boutiques. The most important building is the Mid Town Tower, at 248 metres tall.

If you want to take advantage of the lively atmosphere in Tokyo Midtown, the best thing to do would be to head before sunset, when the shops close and people leave their offices it's much more deserted than Roppongi Hills.

If you visit Roppongi during the day and you have enough time, other points of interest in the area include the National Centre of Arts and the Arisugawanomiya Memorial Park. 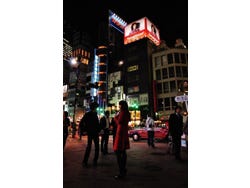 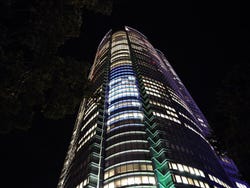 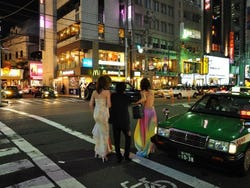 A night out in Roppongi
3See photo gallery