On this private tour, we'll see the most important temples, the most traditional neighbourhood and the modern face of Tokyo, the perfect introduction to the biggest megalopolis on the planet. 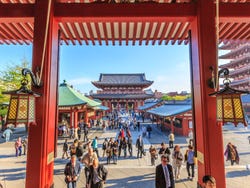 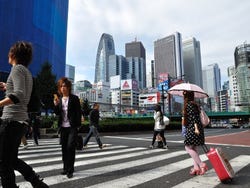 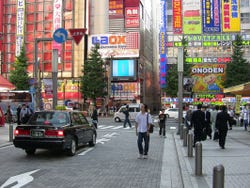 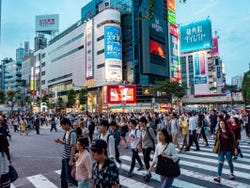 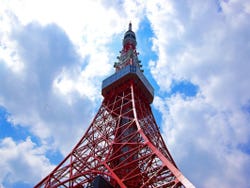 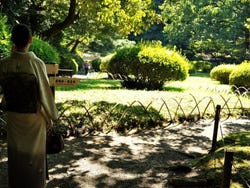 Having picked you up from the hotel where you're staying, we'll make our way to Asakusa, the Tokyo neighbourhood that retains most of its traditional flavour: totally unmissable to any visitor to the city. And here we'll see the Sensoji temple: the oldest and most important in Tokyo.

Here we'll pass thorough Nakamise street, one of the oldest shopping streets in the city, full of little shops packed with artisanal wares.

Then we'll jump on public transport, and in doing so jump ahead by several centuries, arriving at Shinjuku, the most modern section of the city. Here you can feel the beating heart of modern Tokyo, taking the pulse of its day to day life.

The tour takes in the Metropolitan Government Building, to climb up to the 45th floor, enjoying incredible views from 240 metres high. From here you can see the Tokyo Tower, the Sky Tree Tower, the Meji Temple forest and, if the weather is good, even Mount Fuji.

Taking the Yamanote line we'll fly over the city, landing in Harajuku, where we'll visit the Shinto Meiji Temple, built to commemorate the emperor upon his death in 1912. The temple was almost entirely destroyed by American forces in 1945, and reconstructed in 1946, and the enormous park surrounding it is these days an oasis of calm and quiet.

The guided tour ends in the Harajuku station, near to two of the most important areas of Tokyo, Omotesando and Shibuya.

If you would like to extend your private tour of Tokyo over the whole day, we'll stop to eat in a traditional restaurant, spending the afternoon visiting the neighbourhoods of Akihabara (the most tech-focused and 'geek-friendly' part of the city) or Odaiba (Tokyo's most modern neighbourhood, built on an artificial island and the location of the 2020 Olympic Games).

If you want to take advantage of this option, select the 9 am time slot and the 8-hour duration. The 1 pm start cannot be combined with the 8-hour tour.

As this is a private tour, you can modify the itinerary however you like. You simply need to indicate your preferences when making your reservation.

All of our providers comply with local legislation and applicable health recommendations regarding protection and safety, to help avoid the spread of Covid-19. Specifically, the provider of this tour will apply the following measures:

This is a private tour organized for you and your partner, friends or family.

The activity takes place with a guide that speaks in english.

Entry to all free monuments.

Transport (between 300 and 2,000 yen per person depending on the duration and if you have the JR Pass).

You can book up until 18 hours before the activity as long as there are still places. Book now to guarantee your spot.

Show the voucher on your phone to take part in the activity.

Yes, imperative to point out when the booking is made.

Per group from
US$ 252.30
No hidden fees or surcharges
Free cancellation up to 3 days before
Book

Free! Free cancellation up to 3 days before the day of the activity. If you cancel under this time or do not show up, you will not be refunded.

I travelled with friends
10

I travelled with small children
10

I travelled with small children
10

I travelled with friends
Show all the reviews
like

8.20 / 10 23 reviews
The snowy peak of Mount Fuji surrounded by blooming almond trees is an image which will stay with you forever.
US$ 55.20
Book
like

9.90 / 10 15 reviews
The Japan Rail Pass is the easiest and cheapest way to discover Japan, with unlimited use of JR trains and even bullet trains!
US$ 306.20
Book
like

No rating yet
From the ubiquitous sushi to crispy tempura, you can eat eastern all over the world. But only in Tokyo, can you get the real taste of Japan.
US$ 171
Book