Asakusa, Shibuya, Akihabara and the other neighbourhoods of the capital are waiting for you on this complete guided tour of Tokyo, which even includes a cruise on the Tokyo bay! 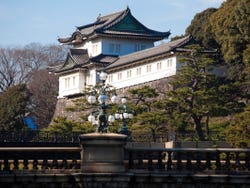 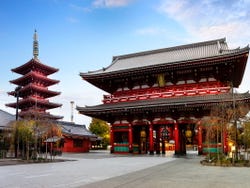 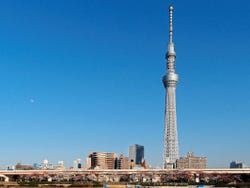 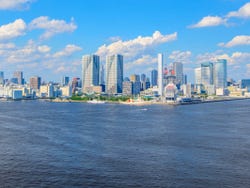 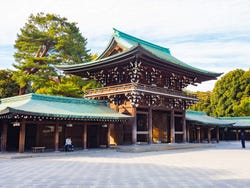 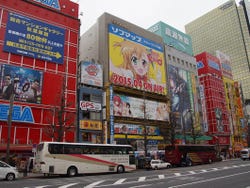 Our complete Tokyo tour begins at 9 am with a bus tour of the most emblematic neighbourhoods of the Japanese capital. First things first we'll make our way to the Chiyoda area to see the architecture of the Tokyo Imperial palace, known as Koyko to the locals. This majestic building, the official residence of the Japanese Emperor, is found on the grounds of the ancient Edo fortress: in the oldest part of the city. Here we'll hear the story of how the small medieval town of Edo became modern-day Tokyo, one of the largest and most cosmopolitan cities on the planet.

Our guided tour of Tokyo then continues to the Asakusa neighbourhood, where we'll discover why the Sensoji temple is one of the most popular and iconic spiritual sites, not just in Tokyo, but in the world. We'll cross the Sumida River by one of the famous bridges connecting its banks, before arriving at the famous Tokyo Skytree, a 634 metre high telecommunications tower which dominates the skyline of the Sumida neighbourhood. Taking advantage of the majestic city views it offers, we'll ride up to the 350th floor, where you can find the Tembo Deck viewpoint - or those with a head for heights can climb even further, to the 450th floor, where the Tembo Gallery can be found (ticket not included).

Next, we make our way to the city's port to enjoy a tranquil cruise around the Tokyo bay. This 40-minute boat ride gives another perspective on the Tokyo skyline, and then having anchored back in the port you'll have free time to eat back on dry land.

In the afternoon the tour will take in Tokyo's other famous neighbourhoods, such as Shibuya, where the calm and peace of the Meiji Sanctuary is in contrast with the hustle and bustle of the city. Then we'll continue around the Akihabara and Harajuku neighbourhoods, a geeked-out paradise for fans of manga, anime, costumes, cosplay and more!

Finally, we'll finish the tour by the iconic Tokyo Tower and Omotesando, known as the Japanese Champs Elysees, before dropping you off back at the tour's departure point.

All of our providers comply with local legislation and applicable health recommendations to avoid the spread of Covid-19. Show more

Tours or activities will not consist of more than 6 people per group.

A safe distance of one metre between clients will be maintained whenever possible.

The use of masks is obligatory. The client must bring their own mask.

All those running the service (guide, driver etc...) will wear a mask throughout its duration.

The temperature of all attendees will be taken, and admission will be denied to those with a temperature of more than 37 degrees Celsius (99 Fahrenheit), and a full refund applied.

Showing your voucher on your phone will be enough, and it is not necessary to print anything.

Transport in an air conditioned bus.

English speaking tour guide, specialised in the history of Japan.

Cruise on the Tokyo bay.

Food (if reserving the option without lunch).

You can book up until 48 hours before the activity as long as there are still places. Book now to guarantee your spot.

Non refundable. You may not cancel this activity.

LOVE Monument, next to the Shinjuku I-Land Tower.

These are genuine reviews written by our customers.

I travelled with teenagers
8

I travelled by myself
10

I travelled with small children
6

I travelled with my partner
Show all the reviews
like

9.90 / 10 15 reviews
The Japan Rail Pass is the easiest and cheapest way to discover Japan, with unlimited use of JR trains and even bullet trains!
US$ 295
Book
like

9.60 / 10 648 reviews
See the most important temples, most traditional neighbourhood and the modern face of Tokyo, the perfect introduction to the biggest megalopolis on the planet.
US$ 243 per group
Book